Many things has been said about the 1986 Edsa Revolution. I’ll contribute in another way. And since this blog is all about social media, engagement, and blogging, allow my photo and blogpost to be my simple contribution to the Internet space community.

I’ll use this photo as well as my profile photo in my most prevalent social network – Facebook. 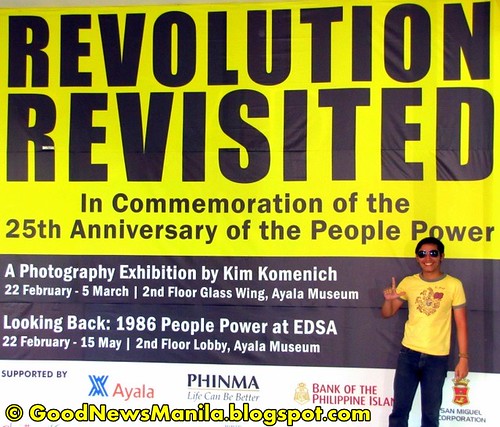 The future holds a lot to anticipate for as the son of the main figures of the said ‘People Power,’ Ninoy Aqunio and Cory Aquino, currently stand as the country’s highest ranking official. God Bless the Philippines and may the blood the heroes shed for Edsa Revolution 1 prove to be indeed worth dying for.