They say ‘winning‘ comes from the heart. And evidently, this year’s Philippine National Basketball Team – Gilas Pilipinas – maximized their play to bring honor and pride to the Philippines aptly capsulized in the social media hashtag #PusoTotheMax. 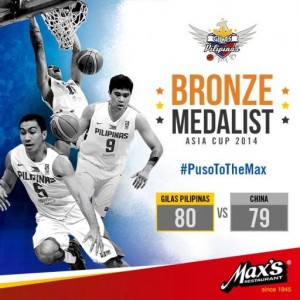 With the support from their countrymen, fans, and sponsors such as Max’s Restaurant, Gilas Pilipinas was able to bring home the Bronze Medal from the recently concluded FIBA Asia Cup after they beat opponent China by 1 point with a 3-point free throw series ending with 80-79 tally in favor of the Philippines.

Gilas Pilipinas player Paul Lee received accolades for his ‘grace under pressure‘ performance which was key in the end-game results leading to the Philippines’ best-ever 5-1 win-loss record and finish in FIBA Asia Cup history. 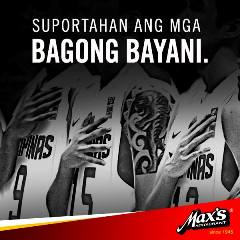 Back home, global Filipino brand Max’s, the official restaurant of Team Gilas Pilipinas, has launched a nationwide campaign to help support Gilas Pilipinas as they gear up for the most prestigious international basketball competition – the 2014 FIBA World Basketball Cup.

To be held in Spain this August, this will be a first in 35 years for our Filipino basketball athletes. 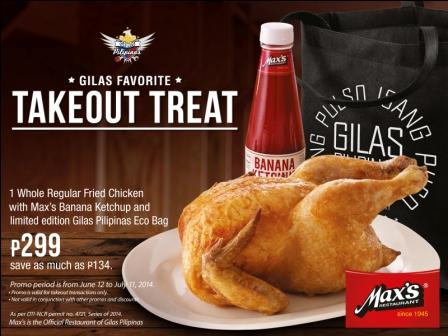 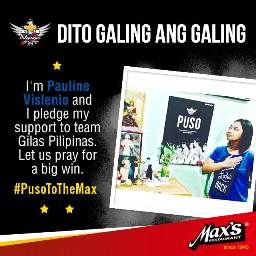 Puso to the Max Winner

Max’s also gave its customers the opportunity to watch the Gilas team compete against the best basketball players in the world with its Fly to Spain Promo with a Php 300 food purchase or through a social media selfie photo activity “Dito Galing ang Galing” utilizing the hastag #PusoToTheMax on Twitter and Instagram.

The winners receive a trip for (1) one to Spain for 10 days from August 28 to September 7, 2014 inclusive of airfare, hotel accommodation,transportation, game passes and travel allowance. Ms. Pauline Vislenio won the “Dito galing ang Galing” promo.

*Credit: Most of the photos in this article came from the Max’s Restaurant Facebook Page 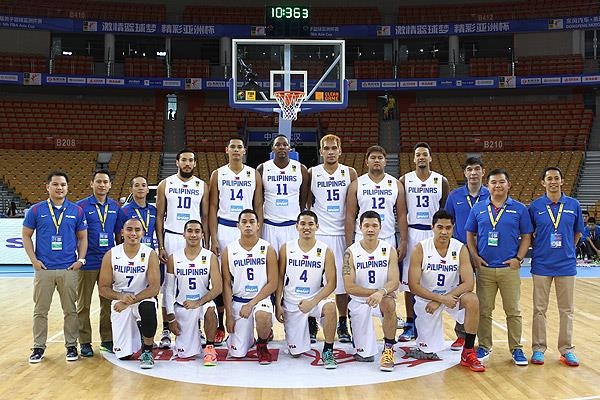 And to the Gilas Pilipinas team, for love of game and country, a big “Congratulations” and kudos in the upcoming FIBA World Basketball Cup!