Our first open letter last night about the case of OFW Mary Jane Veloso has gotten some reaction from our readers such that we received a second open letter for President Joko Widodo. 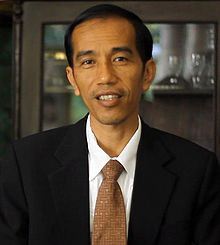 But this one has a bold stance in terms of an alternative suggestion that might not sit comfortably for most. It’s beyond a normal suggestion, to say the least. In a last ditch effort to save the life of Mary Jane who is about to be sentenced to death in less than 24 hrs, the second open letter suggests amputation in exchange for life.

Here is the full letter in verbatim, from one of our readers in quotes:

I humbly and respectfully beg for your mercy for Mary Jane Veloso.

Not learned on the intricacies of Indonesian law, this is not a legal plea. Instead, a call for the exercise of humanity. Desmond Tutu aptly said: “I diminish you, you diminish me.”

The forthcoming penalty of death to Mary Jane Veloso is something that diminishes all of our humanity – because it speaks of our culture of death, where a life seemed to be dispensable. Forgive me for my naivete, but a life, under all circumstances is worth saving.

Under all circumstances, any crime committed should be addressed or a commensurate penalty imposed. This is how society works, hence, the need for a legal framework. But imposing a death penalty to a person like Mary Jane Veloso does not seem to be commensurate. Yes, she was a drug mule. But we all know that women caught in these crimes do it not because they have the inclination but largely due to poverty.

With her on the death row, does it make the reprehensible crime of drug trafficking a lesser problem? In fact, the only one who will benefit from her death are the drug trafficking syndicates themselves. After using her and her vulnerability, this is what exactly what they want to happen — to silence her of what she knows and how the systematic crime of trafficking is being done.

I have a daring proposal your Excellency. Please humbly allow me to say it rather straightforward.

If we are to punish Mary Jane Veloso, spare her life but render her an amputee. Drug trafficking is about inter-country mobility, facilitated by the likes of Mary Jane Veloso, not to promote the trade but to save themselves from poverty. Make her an amputee but spare her from death. Let her go around an amputee so she could tell her story. Maybe, just maybe, drug trafficking trade will finally be made known as the new menace of our society.

Your Excellency, please hear the plea of ASEAN and UN leaders not to execute Mary Jane. Death will prevent her from telling her story to prevent similar tragedies in the future. It will kill her dream to help others not to make her mistake.
I hope that you will consider my humble plea. I make the same plea for the nine (9) other persons ordered to be executed with Mary Jane.

What do you think of her suggestion? Is it extreme, desperate, or there’s some sense to it? Perhaps it’s a plea for anything less than death? I wonder if OFW Mary Jane Veloso herself will concur with the idea. Share with us your feedbacks and thoughts in the comments section below.