But on the other side of the coin, “going “organic” also means that farmers also don’t use pesticides and chemicals anymore on their plants, which eventually ends up in the soil- poisoning the very source and ground where we get our food. 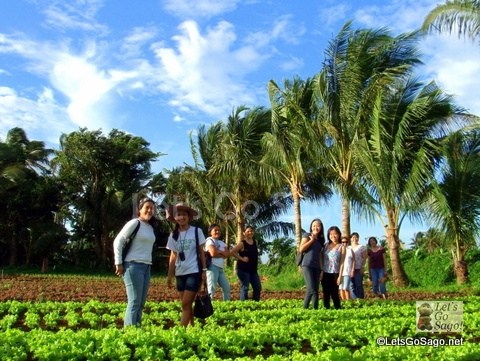 Organic Farming in the Philippines

Organic Farms around the Philippines

Our preference for the organic lifestyle started when we joined the Department of Agriculture‘s Agricultural Training Institute (ATI) since 6 years ago. We’ve been to Bacolod, Bukidnon, Naga, Benguet, Misamis Oriental, and Sagada, to name a few, in pursuit of exploring and discovering organic farms and their practices, around the Philippines.

It was an eye-opening adventure with the ATI as they showcased the efforts of select farmers, most of which are former chemical fertilizer farmers, who have converted their lands into government-certified organic farms while slowly incorporating agricultural tourism into their own organic systems.

In a way, it is now their personal advocacy to spread the gospel of organic farming and how it benefited their farm, their business, and the community of fellow farmers around them by educating the people, hiring more workers thus producing jobs, and most importantly – its postive effects on the environment and the people living in the community. 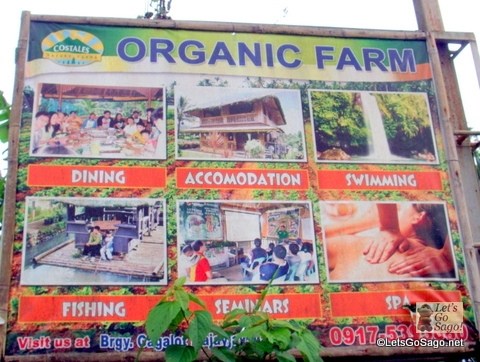 For example, in one of the organic farms we visited, the farm also serves as an education center for other starting organic farmers to learn about vermicomposting and producing organic fertilizers, among others. They also explore organic rice production using RU vermiscast which is a production of different varieties of rice in an organic way using RU vermicast, vermitea, and slurry from biogas.

My point in sharing these thoughts and experiences is to encourage you – my readers, to start considering the organic lifestyle.

Converting to an organic lifestyle is not easy. Specially in a third-world country like the Philippines, the industry is still at its infancy. There are only a few organic produce in our supermarkets today. Sometimes, I see some in SM Supermarkets, while Robinsons Supermarkets and Rustan’s cater to more variants.

While the demand from consumers is currently fairly low, the supply would also be scarce.

Moreover, most organic produce are still very much expensive compared to regular, industry accepted vegetables and fruits which are usually bombarded with chemical fertilizers to maintain visual “freshness” and last “long” through trade and transport from the provinces to the cities.

But that doesn’t mean we just give up to the status quo. In fact, the country’s organic industry is on the rise as more and more farms in the countryside and nearby cities such as Costales Farm in Laguna.became successful in their business model and is currently serving as a role model to other organic farms.

Eventually, when more demand for organic produce will be present, more farmers will logically switch to organic farming as well, thus naturally pushing down its prices as well via the law of supply and demand.

I will not even get into the health benefits of organic vegetables and fruits; that is for another article. But what I want to emphasize is the environmental benefits it can give to our soil and the community in which we live in.

On a similar note, an upcoming advocacy highlighting the importance of taking care of our planet is Juan Earth.

It’s a grassroots effort produced by Write On Track with a team of community volunteers. They aim to educate and empower people to create a healthier, and more sustainable world while actively building an interconnected and expanding network of neighborhood, cities, and regions.

By participating in simple acts to save the earth such as  recycling, planting trees, and protecting animals, every Juan’s collaborative effort to preserve and protect the Earth can make an impact.

Juan Earth‘s 5th Anniversary special shall happen on September 29, 2018! Know more about it ’juan step at a time’ at http://juanearth.com.

As for organic farming, the Philippines still has vast land areas of fertile soil. With good organic practices and able individuals with passion towards the cause, this will surely be realized in the very near future.  ”Let’s Go Organic!” and reap the benefits of sustainable development for our families and future generations!