It’s been almost one whole year, and finally, the Search for the Blogger Apprentice  2012 is about to be concluded before the year ends.

Just like Ms. Universe which is having its finale today, the Blogger Apprentice 2012 contenders are in anticipation as we have set the announcement of the Top 6 and awarding of the Top 3 Blogger Apprentices in a foodie gathering we organized with Greenwich Pizza later in afternoon. It is set at 2pm (December 20, 2012) to be held at Greenwich SM North EDSA, 2L, Main Mall.

However, I have to be honest that this year’s activities has been less than ideal. I was only able to organize three challenges, where as it was about six with last year’s batch. The awarding of the Blogger Apprentice 2012 winners should have also been done earlier. As a way to compensate for my shortcoming to the group, I will still involve them in the 2013 batch’s learning seminars. 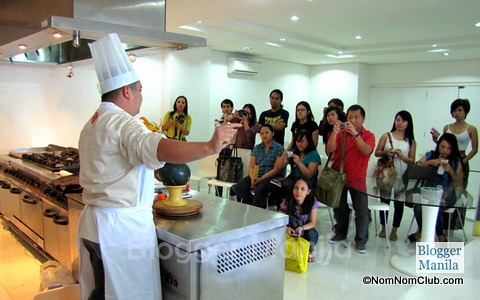 Here are some relevant links of the Search for the Blogger Apprentice 2012 :

Thanks to food and venue sponsor Greenwich Pizza. Follow Greenwich on Twitter at @GreenwichPizza and their Facebook page at http://www.facebook.com/GreenwichPizza. See you later at the Blogger Apprentice 2012 awarding! This will also happen in conjunction with the GadgetGambit.com Thanksgiving Party.