Have you been seeing a number of #CaptainZeroPH reference on Facebook recently? It’s the mysterious yellow-and-black graphic renditions of what seems to be a new “superhero” in town!

Clad in a cape and seemingly male silhouette, the name logo “Captain Zero” is highlighted with a “target” symbol at the end. It can mean he is in an offensive of some sort or a sharp-shooter using a weapon that is yet to be revealed. 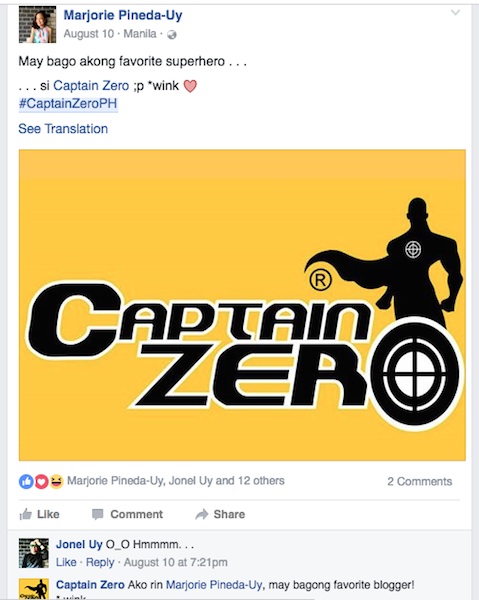 But one thing is for sure, Captain Zero is a local superhero since its digital properties on Facebook, Twitter, and Instagram are in the local language Filipino. The locations of most of the status and posts are also “in” the Philippines. This is aside from the fact that the aforementioned account, @CaptainZeroPH, ends in “PH“, the country’s official top-level domain symbol.

He is definitely ‘Pinoy‘!

Who Is Captain Zero?

Furthermore, we’ve observed, that the question “Who Is Captain Zero?” keeps popping up on social media from a number of bloggers and social media influencers, but they don’t have a single clue either. 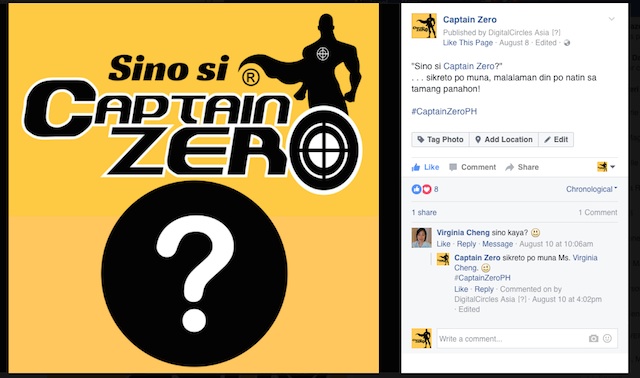 At this point, however, Blogger Manila believes that no one knows who Captain Zero is, at the moment.

We did a little research which showed an old comic book hero named “Captain Zero”, a book entitled the same, and an upcoming animation where one of the characters is similarly named.

But then again, we believe our “Captain Zero” of the Philippines is unique from these as it has its own character – a black silhouette on bright yellow background – two highly contrasting colors of darkness and light! 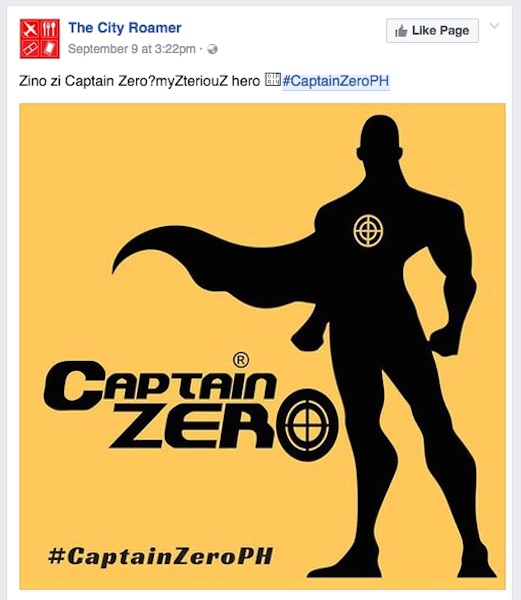 How about you? Would you have an idea who “Captain Zero” could be? What does he represent or what is the mystery all about?

Here are the links to their social media accounts: 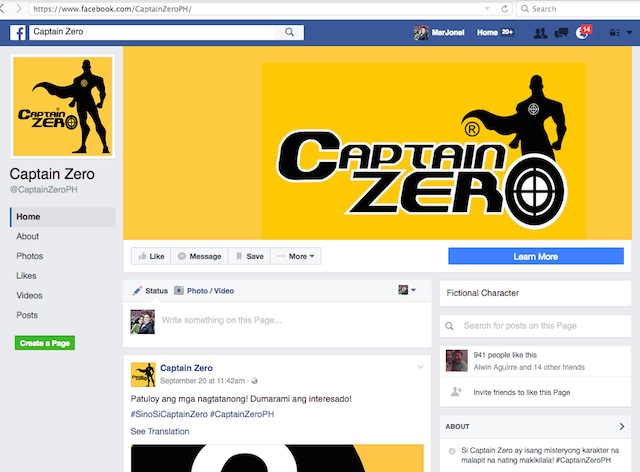