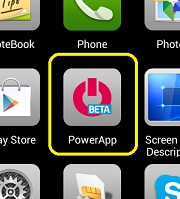 When companies like Unilever and P&G sold sachet shampoo and detergents, they revolutionized the micro-retail industry for the masses. The same was achieved when Filipino telco Smart introduced ‘load sachet‘ through the Smart Buddy System and Sun Cellular through their tiered ‘Unli Call & Text‘ programsÂ more than a decade ago.

When I met Dennis Mendiola of Chikka about two weeks ago, he shared that his team have come up with a new system to ‘sachet‘ Internet access and make it affordable to more people, specially those in the lower-income bracket of the social stratosphere.

He alluded something similar to Globe Telecom‘s recent tie-up with Mark Zuckerberg offering free Facebook access to all Globe subscribers. And then he finally revealed the highlight of the meeting- the new Smart PowerApp mobile application – initially available on Android, and soon on iOS. 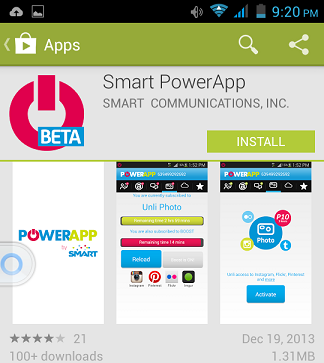 Mendiola mentioned that with the current 30+% smartphone ownership rate among mobile phone users in the Philippines, only an average of about 5% of that is concurrently connected to the Internet at a point in time. That means, with my 1,600 Twitter followers, only 80 people would actually see my tweet on their Smartphone at that moment.

“pushing it into the fringes can lower the [Internet] cost to 10% of the current rate,” says Mendiola, while still maintaining good business. He recommends further use of mirror servers to lower down the cost of access just like how YouTube does it today. 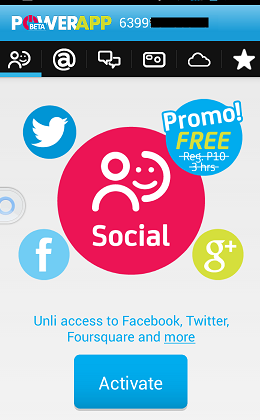 A step closer to that era is the ‘sacheting‘ of the Internet through the Smart PowerApp system today.

You may think along the lines of the Internet.org initiative which Zuckerberg himself supports. Mendiola reiterates that with the lower costs of gadgets and smartphones nowadays, we may consider the Smart Power App as the telco’s contribution towards the direction of making Internet access affordable for the masses.

Under beta-mode and using a special infrastructure, Smart PowerApp basically offers unlimited access to any websites and Â applications including video streaming and peer-to-peer services via 3G data connection atÂ Php 5 for 15 minutes.

It also offers other affordable ‘sachet’ pricing scheme according to packages availed to as low as Php 10 for 1 day. All this with a promise ofÂ absolutely no background charges.

An ongoing promo of FREE Facebook, Twitter, and Foursquare, and four more applications is currently offered until January 15, 2014. 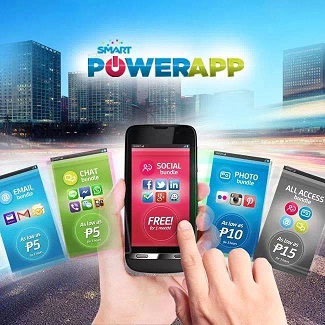 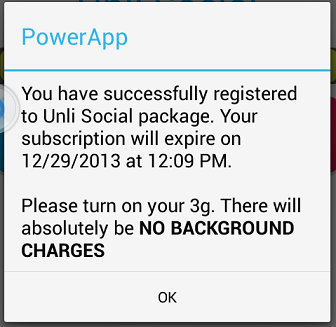 Other concepts that can be creatively combined with sacheting of data includes socialized pricing and geographical fencing.

A particular application most beneficial might be in times of calamities. After the recent super-typhoon Yolanda struck, telcos can now give free Internet access to all the subscribers only in Tacloban, for example.

This can enable them to freely access necessary applications like the Google Person Finder for the missing.

A first in the world, Mendiola is optimistic with the potential of this mobile application similar to how the ‘E-load‘ and the ‘Pasaload‘ revolutionized the mobile prepaid and postpaid industry. He alsoÂ hopes that the rates could eventually be brought down in time, given the right conditions, and perhaps even reach the ideal P5 unlimited-internet-per-day level.

No more asking for free Wi-Fi in restaurants as we can now freely leave our cellular data switch ‘on’ without worries of background charging via the Smart PowerApp. How about customizable powerapp social packages / bundles? I guess that’s in the near horizon too.