Although the Internet was made available to the public in 1989 as led by Tim Berners Lee, it was only 20 years ago, in 1994, when the Philippines was ‘officially’ connected to the World Wide Web. 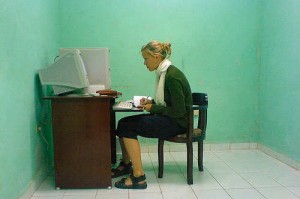 One of the major contributor in this feat is Dr. William Torres of Mozcom who became the first ISP to offer Internet services in the Philippines via the first leased line connection in March 29, 1994. The rest is history.

20 years forward today, most middle class families (and up) have regular internet access in their household. The rest either accesses them through prepaid accounts, internet cafes, or free WiFi from different establishments.

But when are we really seeing free internet access for everyone in the Philippines?

I believe this is not too far down the road.

Today we see a lot of free WiFi hotspots being offered by private establishments. The government is also starting to become more and more awarre of its relevance for the majority. It would not be long before we see efforts led by the government towards free Wi-Fi for everyone. Actually, I heard at least one incidence already in Manila (albeit it was mocked for its unusual location such as a waiting shed which can obviously attract pickpockets). Moreover, hopefully the transactions will not be tainted with corruption.

Going back to efforts by the private sector, Globe Telecom offered free Facebook access to their subscribers since late of 2013. Competitor Smart Communications also came up with Smart PowerApp which gave free access not only for Facebook but other social networks as well.

With these developments around us, I hope we can move as a nation towards a better Internet. Moreover, we should also be keep abreast about the surrounding ethical issues on the matter. How far have the Philippines gone in terms of protecting the youth, and the people in general, from people who could abuse this technology? Let’s talk more about cyberbullying, the e-commerce law, the cybercrime bill, the freedom of information bill (FOI), and more. #20PHNET