Met by 25 to 30 typhoons on average annually, the Philippine government and its social-conscious citizens are preparing as tropical storm / typhoon Glenda (international name Typhoon Rammasun) makes a landfall via the eastern side of the country, in particular the Bicol region, today. 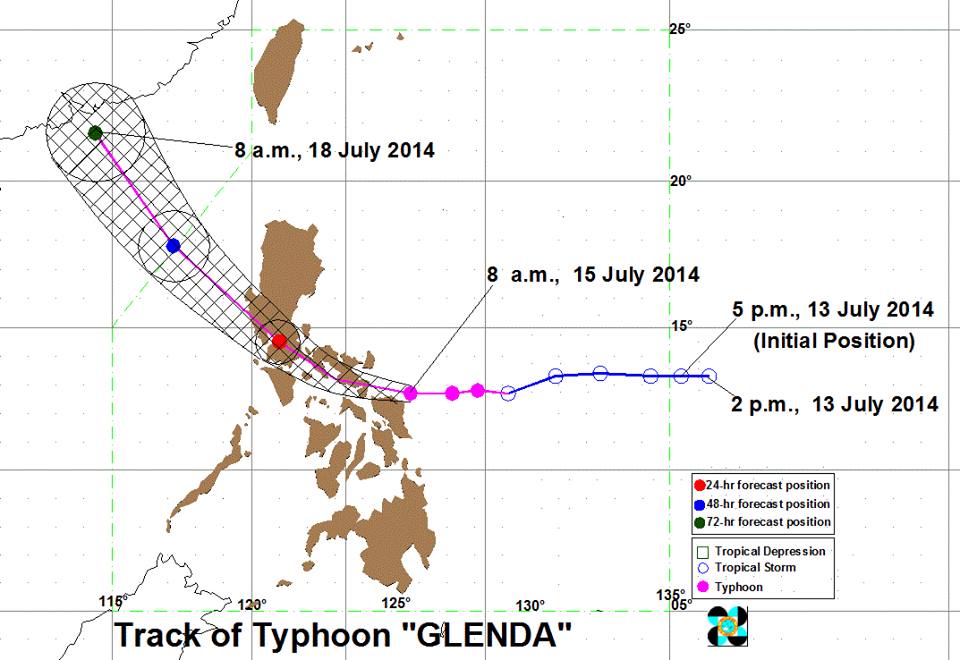 “Glenda has maximum sustained winds of 120 kph near the center and gustiness up to 150 kph.” – gov.ph

Socio-civic groups and netizens have been circulating warnings, school cancellation schedules, and government advisories online and in broadcast networks as the typhoon will be passing the country’s capital in Metro Manila.

On an individual capacity, make sure your household is prepared for untoward incidents by staying informed through different channels, preparing emergency food in forms of canned goods, enough bottled water, and ready to eat food. Make sure your gadgets, smartphones, flashlights, and batteries are fully charged. 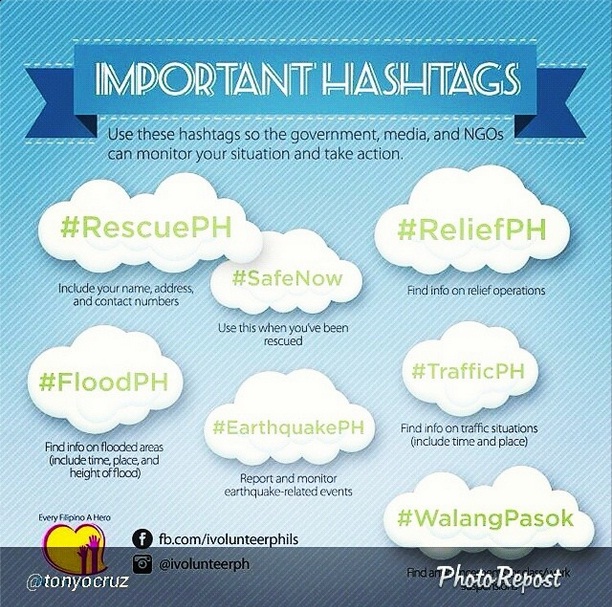 Stay vigilant online with the following relevant hashtags on #GlendaPH useful in varying circumstances in need of rescue (#RescuPH), relief (#ReliefPH), and flood (#FloodPH), among others.