Celebrated in an event held at the Victoria Sports Tower Station 2 last June 6, 2017, the simple night of thanksgiving and testimonies with top notchers of MLQU turned into a milestone event when Top 8 Civil Engineer Board Passer Mr. Archimedes Martinez received a surprise 1 Million cash reward for his achievement from Manuel L. Quezon University, his alma-mater.

At the same time, the announcement was also broadcasted via Facebook Live on the official MLQU Facebook Page much to the cheers of fellow Quezonians and followers of the MLQU Facebook Page. And in about 48 hours since the MLQU video went live, it garnered almost 100K video views and about a quarter of a million reach! It also had almost 4,000 Likes and reaction, 300++ congratulatory comments, and almost 500 shares!

Aside form MLQU top executives, the celebration was also attended by bloggers, online influencers, and relatives and freinds of the MLQU top notchers. 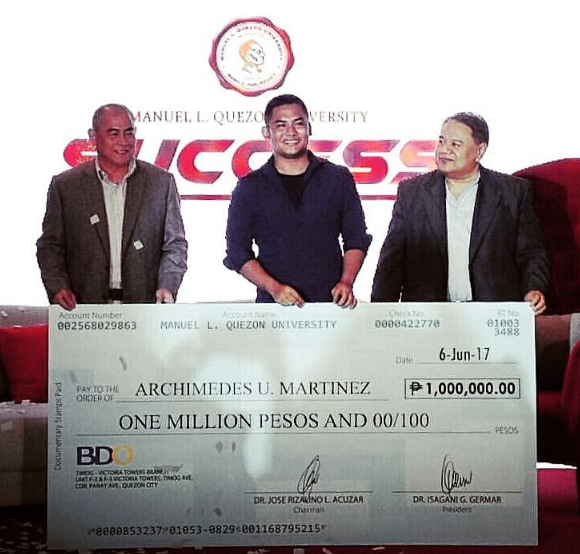 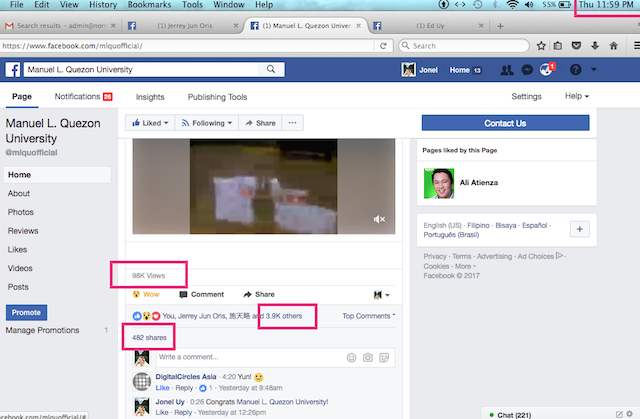 Beyond just a token of recognition, this symbolic appreciation is the start of what can be called “Success the MLQU Way“. Starting this 2017, all Top Board Passers for any course in MLQU shall be rewarded with 1 Million Pesos as well!

Engr. Martinez, a BS Civil Engineer graduate from Manuel L. Quezon University, ranked 8th with a rating of 92.65 percent based on results posted by the Professional Regulation Commission (PRC) last May 11, 2017.

Martinez is the only graduate from MLQU to make it to the top 10. Out of 6,998 examinees, only 2,514 passed the exam conducted simultaneously in 12 cities in the country.

Moreover, Mr. Martinez also received a job offer from New San Jose Builders, Inc. (NSJBI). At the same night, Mr. Raphael Pedroso was also awarded P50,000 for having a total average score of 93.25% in the recent nationwide professional licensing exam. It was Pedroso’s 2nd take of the board exam.

This is MLQU’s way to motivate its aspiring students to be committed and to continue to strive for excellence.

During the early years of MLQU, the university is known to produce high caliber graduates, some of which are bar topnotchers who are now experts and pillars in various industries. And as the years passed, MLQU had its fair share of trials and challenges that it had to surpass to keep its notable reputation.

In 2014, the New San Jose Builders Inc. acquired MLQU which ignited a vision of getting back on track and building the culture of excellence and legacy of becoming an outstanding academic institution.  Since then MLQU, under the new management, has been very committed in regaining its glory. 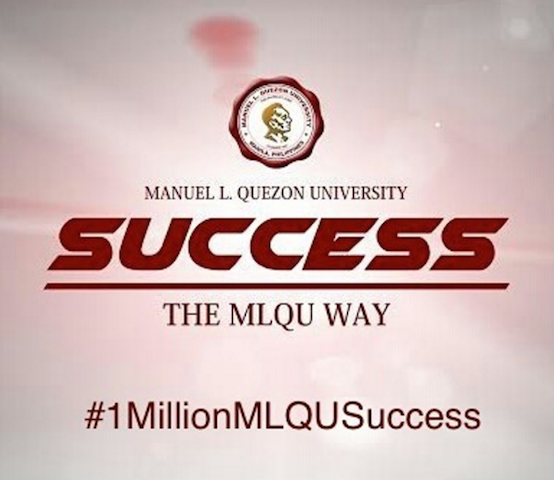 MLQU will continue to hone individuals who are capable of producing exemplary and notable works. MLQU is continuously beefing up its roster of faculty members and deans who are known practitioners from their respective industry.

Alongside the enhancement of MLQU facilities and faculty, the basic education program for kindergarten to senior high will be offered at MLQU SPACE this June.

Know more about MLQU SPACE through their website at MLQU.edu.ph or its Facebook page at mlquofficial. You may also call MLQU for more information or inquiries about the latest courses and certification offerings at contact and telephone numbers 09566755232 or (+632) 994-5133. 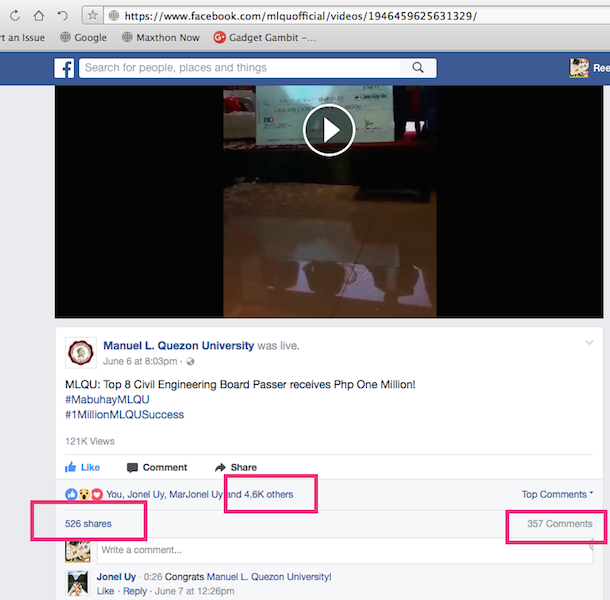 This month of June 2017 with more than 120,000 video views going towards half a million reach!

Congratulations to Engr. Archimedes Martinez and to MLQU for it’s first online viral video reaching 100K views in 48 hours with over a quarter of a million reach!