Two decades of coffee and culture has poured into our Starbucks mugs and tumblers as we take each sip with anticipation and fervor. And now on their 20th anniversary, Starbucks Philippines embodied this symbolism in the designs of their latest mugs and tumblers celebrating Filipino craftsmanship. 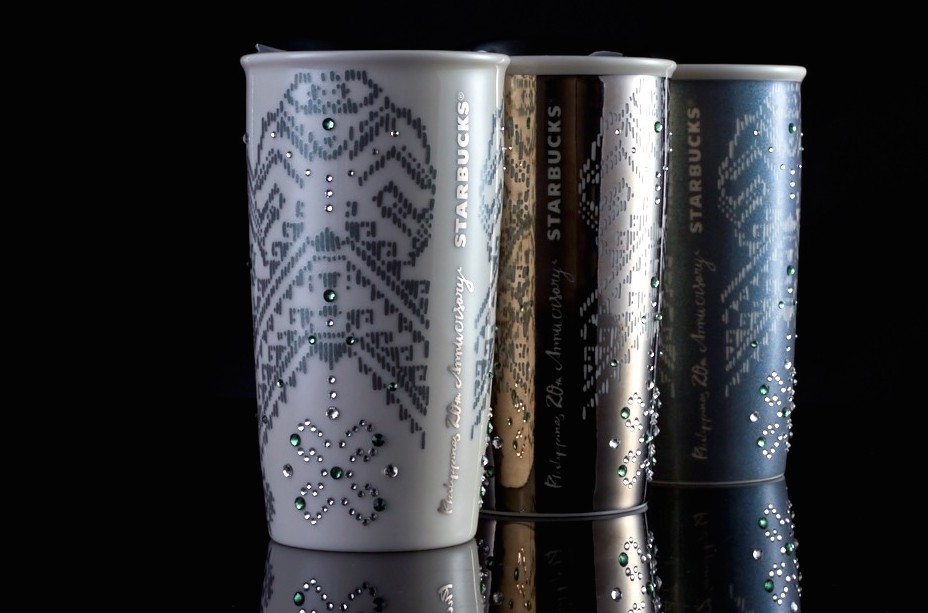 These limited-edition items will be exclusively available only from 2PM to 8PM today – December 01, 2017, at Starbucks 6750 on Ayala Avenue, where the Seattle brand first opened its doors and started brewing in December 4, 1997 catering to coffee lovers of Makati City. It is also at this point when the Philippines became the third market, outside of North America, where Starbucks grew its business.

This month, the coffee brand relives these memories with a celebration for its 20th year, beginning with the release of a special collection and rare coffee beans that traces the growth of Starbucks.

The holidays will shine more vividly with the bejeweled 20th Anniversary mugs and tumblers, and the classic Ayala 6750 Mug.

Elaborate in its design, the anniversary mugs and tumblers show an appreciation for the Philippine woven art. The mugs feature 200 white and emerald Swarovski crystals set in traditional textile patterns, come with special-edition numbered certificate and ready-to-gift boxes stamped with the Starbucks wordmark. 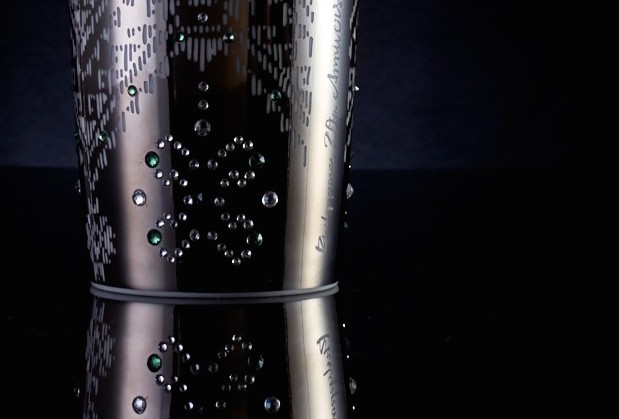 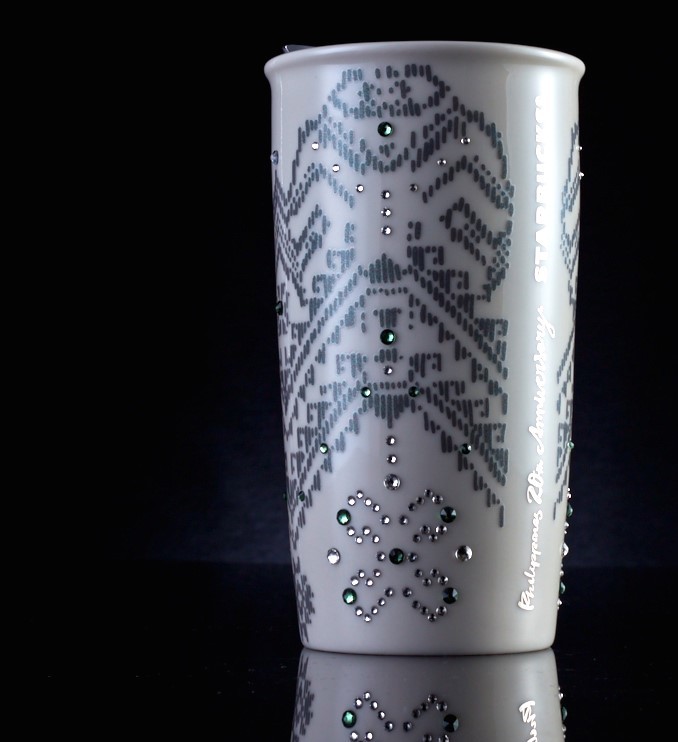 The most precious item for release is the 20th Anniversary mug in full white gold. Starbucks created this rare premium item as a nod to Philippine heritage. Only 500 pieces will be produced of these collectible anniversary mugs which are adorned with 200 lovely Swarovski crystals. The item is priced at Php 6,295.

Coffee lovers can also go with the 12-oz double-wall ceramic versions of the 20th anniversary mug, and take their pick between the silver and white colors. These items exude holiday festivity and celebrate the season most cherished by Filipinos with fine mugs with press-in white gold covers. Only 1,500 pieces of each mug will be available for Php 4,295. 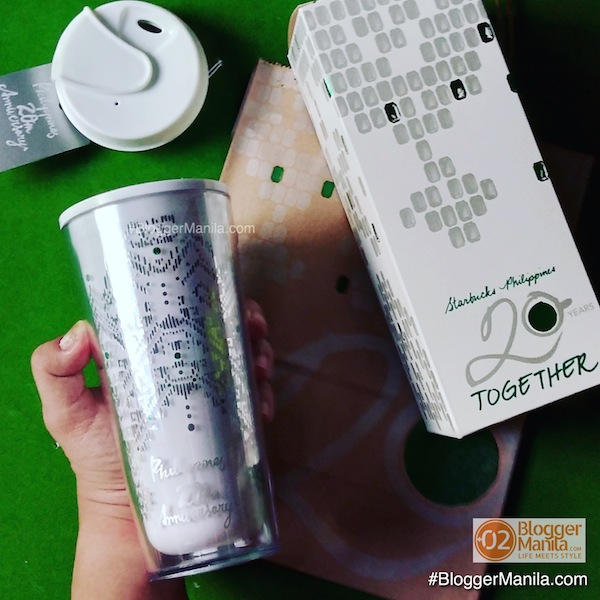 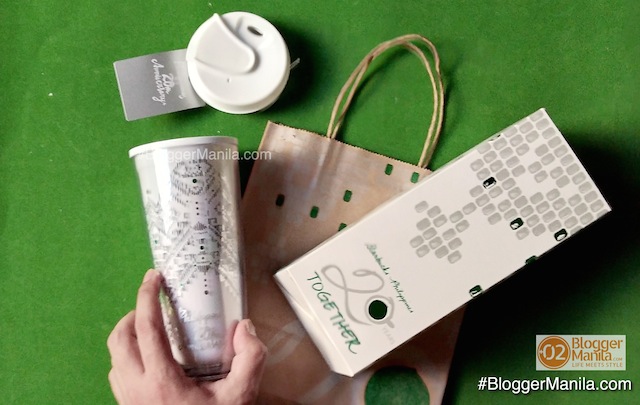 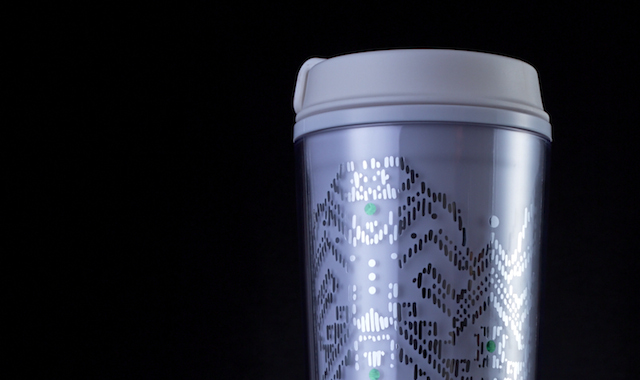 The dazzling 16 fl oz opaque white acrylic tumbler will also catch the eye. It features the 20th anniversary weave pattern in silver foil and offers both functionality and understated glam for Php 895. Each tumbler comes with a package and a hangtag for gifting.

Moreover, to be released on December 4 is the Starbucks 6750 Ayala Mug. The first store to open in the Philippines gets its own place on the shelf, with matte black ceramic mugs designed with the gold Siren decal. The artwork that was first seen on the wall of the store is rendered anew in this 12 oz. tribute item that features special hand-painted finishes and comes in an elaborate gift package. The 6750 branch will exclusively carry the item priced at Php 1,295. 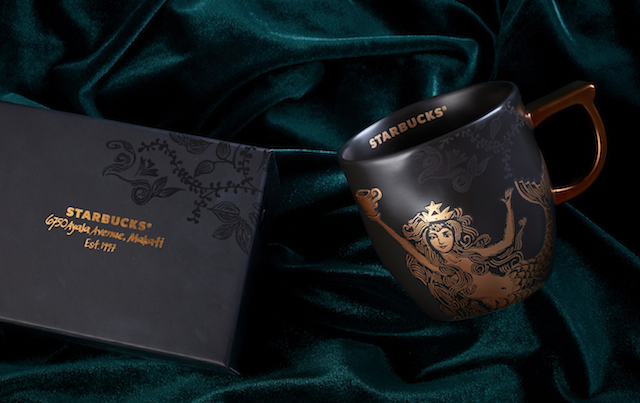 Matching the exquisite collection is the Starbucks Reserve and Roastery exclusive, Hacienda Alsacia.

The Hacienda Alsacia whole bean packaged coffee is grown from a Starbucks working coffee farm in Costa Rica where the beans are symbolic of the Starbucks continuing venture to serve the best-tasting coffee.

The unique blend is served only in the Starbucks Seattle Roastery and Tasting Room and will be available for a limited time in the Philippines starting December 4.

ThIs @StarbucksPH Tumbler with Philippine woven design pattern in silver foil is part of the #Starbucks20thAnniversary Collection which is made specially available only today until 8pm! Check out the #StarbucksPH Mug with Swarovski crystals and white gold priced at Php 6,295 here >> https://www.bloggermanila.com/fun/starbucks-20th-anniversary/ #BloggerManila #Starbucks 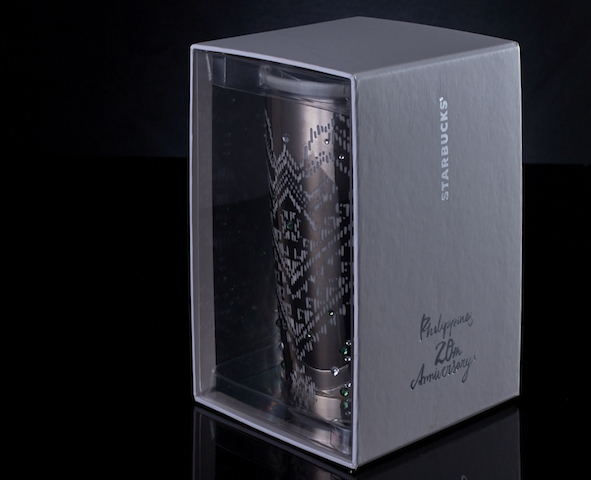 Return to where it all began! Visit Starbucks 6750 along Ayala Avenue in Makati City and trace the beautiful coffee moments and celebrate Filipino heritage and craftsmanship!