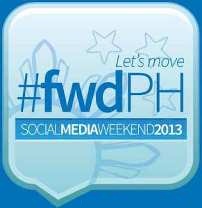 Two days to go and it’s Social Media Day again. The Philippines has been participating in this worldwide activity since Mashable started it back in 2010.

It’s a bit different this year though, compared to social media day last year, with Social Media Weekend. The events get underway a day early, on June 29, where netizens from Metro Manila will gather, as led by TweetUp Manila, at the Glorietta Activity Center in Makati City to call on Pinoy netizens to use social media for social good using #fwdPH. Pre-program starts as early as 11am while the main program starts at 4pm until 7pm. Similar meetups will occur on major cities around the Philippines such as Baguio, Cebu, Cagayan de Oro, Bukidnon, and Davao. 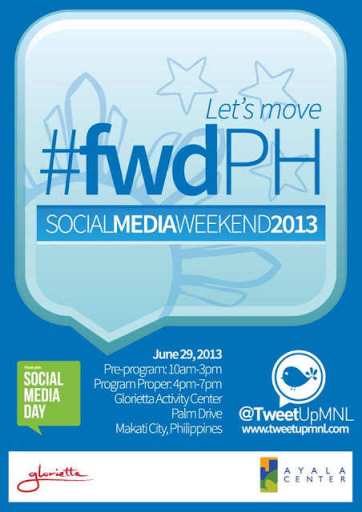